Astronomers have assembled a comprehensive picture of the evolving universe — among the most colorful deep space images ever captured by the 24-year-old telescope. This study, which includes ultraviolet light, provides the missing link in star formation.

Talk about a mathematics hot rod -- how does 13 quadrillion calculations per second grab you? A scalable computer code was used to run complex equations on a blisteringly fast supercomputer, resulting in advances in understanding solar wind and the heliosphere.

A pattern of protein modifications specific to the brain is driven by the tissue-specific regulation of multiple enzymes   Figure 1: In the brain, epigenetic factors can increase expression of the enzyme GnT-IX to produce a specific glycosylation pattern (left), or block GnT-IX expression to prevent the same glycosylation process (right). © 2014 Yasuhiko Kizuka, RIKEN–Max Planck Joint Research Center for Systems Chemical Biology Many human proteins are modified by the attachment of short sugar chains called glycans. The patterns of attachment, or glycosylations, are known to be specific to organs, tissues and cell types, but the mechanisms regulating these patterns have been unclear. Naoyuki Taniguchi, Yasuhiko Kizuka and colleagues from the RIKEN–Max Planck Joint Research Center for Systems Chemical Biology have now clarified one such mechanism in the brain1. Glycosylation is mediated by glycosyltransferase enzymes. The researchers studied one of these enzymes called N-acetylglucosaminyltransferase-IX (GnT-IX), which is expressed only in the brain and is involved in demyelination—degradation of the insulation around neurons that helps them to conduct electrical signals. Understanding the regulation of GnT-IX expression could help in developing better knowledge of diseases such as multiple sclerosis. As Kizuka explains, a closer look at the process regulating GnT-IX expression could also

The post Unraveling a highly specific protein modification has been published on Technology Org.

#materials
See Zazzle gifts tagged with 'science'
Posted by HightonRidley at 22:24 No comments:

original post »
Future back-look
Somehow this triggered in me a virtual memory. I read a lot of science fiction as a child. This image made me visit the virtual universe in my mind... I can imagine being a space traveller watching a history of space travel, and seeing this image as one of those from the early years.
Weird. Sorry. Welcome to my world! ;)
#outerspace  ﻿
SpaceX Unveils Its First Manned Spacecraft, Dragon V2

Astronomers using the Hubble Space Telescope have assembled a comprehensive picture of the evolving universe among the most colorful deep space images ever captured by the 24-year-old telescope. This study, which includes ultraviolet light, provides the missing link in star formation.


Posted by HightonRidley at 19:34 No comments:

Get ready for the world's first solar-powered circumnavigation

After flying a plane across the United States last summer using nothing but the sun for power, Swiss pilots Andre Borschberg and Bertrand Piccard have their eye on the whole enchilada. On Wednesday, April 9, they unveiled a solar-powered aircraft they believe will help them circumnavigate the globe in 2015.

Solar cells generate electricity by allowing photons — the little particles that make up light — to knock an electron off an atom inside a semiconducting material. Think of the solar cell as a pool table, with the photon as a cue ball and the electrons like the colored pool balls...

Strontium titanate perovskite lattice. Titanium ions (red) and oxygen ions (gold) form electrical dipoles which line up in a ferroelectric state. Recent insight and discovery of a new class of quantum transition opens the way for a whole new subfield of materials physics and quantum technologies. This week an article in Nature Physics reports the results on quantum properties of ferroelectric crystals, led by Stephen Rowley, together with Siddharth Saxena and Gilbert Lonzarich of the Cavendish Laboratory.  They explore a new type of quantum phase transition in these seemingly ‘inert’ materials. Quantum phase transitions are subtly different from the familiar classical phase transitions of which an example would be the freezing of water or melting of ice as its temperature is varied.  In such a transition, matter transforms into a more or less ordered state depending on whether its temperature is decreased or increased. However, if the temperature was hypothetically fixed at absolute zero and another parameter, such as pressure was applied to bring about a transition, it would occur without any change in entropy, i.e., it would be an ‘order to order’ transition. In the neighbourhood of such a zero entropy phase transition one often finds the emergence of superconductivity or other forms

The post Phase transiting to a new quantum universe has been published on Technology Org.

Posted by HightonRidley at 15:38 No comments: Galaxies, Stars and Nebulae series This mosaic image of the magnificent starburst galaxy, Messier 82 (aka Cigar Galaxy) is a really sharp wide-angle view of M82. It is a galaxy remarkable for its webs of shredded clouds and flame-like plumes of glowing hydrogen blasting out from its central regions where young stars are being born 10 times faster than they are inside in our Milky Way Galaxy. How universal is (lepton) universality?

The LHCb detector in its underground cavern at CERN (Image: CERN)

Just as a picture can be worth a thousand words, so the rarest processes at the Large Hadron Collider (LHC) can sometimes have the most to tell us. By isolating and counting decays of B+ mesons to a kaon and two leptons, the LHCb experiment has tested a key assumption of the Standard Model – lepton universality, the idea that electrons, muons and tau leptons should behave in the same way, and be produced equally often in weak decays. In a presentation given at this week’s Large Hadron Collider Physics conference, LHCb results reveal the first hints of a difference.

According to the Standard Model, a B+ meson should decay to a kaon, electron and positron as often as it decays to a kaon, muon and antimuon. If a measurement of both rates shows a difference between them, it could be the first sign of something new. Rare B meson decays provide a particularly good laboratory for testing universality, as the decays proceed in a way that allows new, otherwise unseen, particles to influence the rate seen experimentally. Additional Higgs bosons, or a new, heavy version of the Z boson, could alter the relative rate of electron and muon production and be detected in this way.

If the ratio of the number of decays containing muons, to those containing electrons, is measured instead of the individual rates, many theoretical uncertainties cancel to allow a precise probe of universality. The Belle and Babar experiments have previously measured this ratio, with limited precision, and found it consistent with the Standard Model. With its precise silicon tracker and particle identification systems, and access to large datasets, LHCb is well placed to explore the B+ meson system further.

LHCb has now analysed their entire dataset of proton-proton collisions from the LHC and finds that B+ mesons decay to muons about 25% less often than they decay to electrons. As these decays only occur a couple of times in every 10 million B+ decays the measurement is still dominated by statistical error, even if it is the world’s most precise determination. The observed difference has a significance of 2.6 standard deviations, corresponding to a chance of one in a hundred that it is due to a statistical fluctuation. More data from the forthcoming high energy LHC run is needed to confirm if this tantalising result is indeed the first sign of something new in the universe.

via CERN: Updates for the general public


Posted by HightonRidley at 13:51 No comments: »visit the themilkyway store for more designs and products like this
The Zazzle Promise: We promise 100% satisfaction. If you don't absolutely love it, we'll take it back!
Posted by HightonRidley at 12:35 No comments:

original post »
A pleasant, easy-to-read summary
..of our present understanding of dark matter. Well written, simple language that can be read in the queue while waiting to give your coffee order! 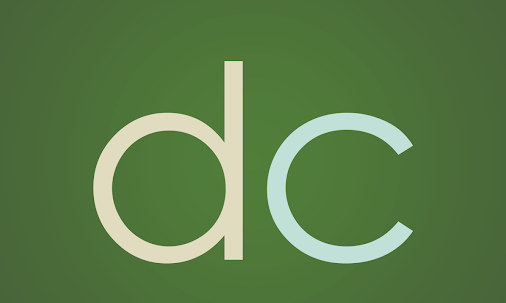 Galaxies, Stars and Nebulae series Details of a mysterious, complex structure within the Carina Nebula (NGC 3372) are revealed by this image of the 'Keyhole Nebula, ' obtained with the Hubble Space Telescope. The picture is a montage assembled from four different April 1999 telescope pointings with Hubble's Wide Field Planetary Camera 2, which used six different colour filters. The picture is dominated by a large, approximately circular feature, which is part of the Keyhole Nebula, named in the 19th century by Sir John Herschel. This region, about 8000 light-years from Earth, is located adjacent to the famous explosive variable star Eta Carinae, which lies just outside the field of view toward the upper right. The Carina Nebula also contains several other stars that are among the hottest and most massive known, each about 10 times as hot, and 100 times as massive, as our Sun.

»visit the HightonRidley store for more designs and products like this
Click to customize.
via Zazzle Astronomy market place
Posted by HightonRidley at 03:28 No comments: »visit the themilkyway store for more designs and products like this
The Zazzle Promise: We promise 100% satisfaction. If you don't absolutely love it, we'll take it back!
Posted by HightonRidley at 00:32 No comments: