Astronomers have discovered an extremely cool object that could have a particularly diverse history - although it is now as cool as a planet, it may have spent much of its youth as hot as a star. The current temperature of the object is 100-150 degrees Celsius, intermediate between that of the Earth and Venus. But the object shows evidence of a possible ancient origin, implying that a large change in temperature has taken place.

Rosetta Spacecraft Set for Unprecedented Close Study of a Comet

The European Space Agency craft is to sync up with Comet 67P/Churyumov-Gerasimenko on Wednesday, and is to place a lander on the comet in November

via New York Times
Posted by HightonRidley at 17:21 No comments:

A group of scientists have converted used-cigarette butts into a high-performing material that could be integrated into computers, handheld devices, electrical vehicles and wind turbines to store energy.

via Science Daily
Posted by HightonRidley at 17:21 No comments: An informational guide to the solar system. A great educational tool.

»visit the TheWorldOutside store for more designs and products like this
Click to customize with size, paper type etc.
via Zazzle Astronomy market place
Posted by HightonRidley at 17:20 No comments: 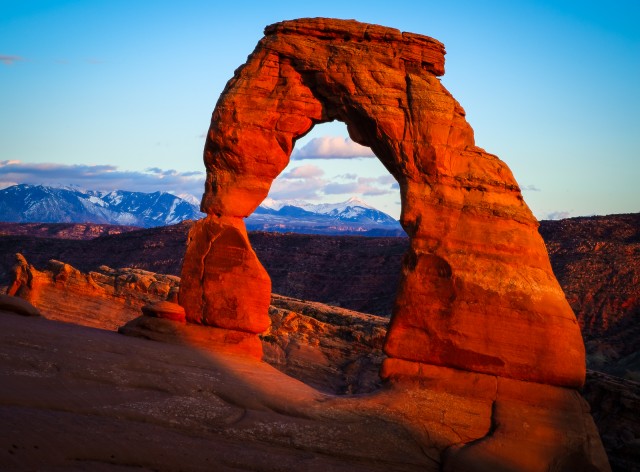 There’s no need to ask what the appeal of Arches National Park is—it’s in the name. The gorgeous sandstone arches there seem almost impossible. How and why should the relentlessly erosive wind carve such a fantastic structure? The arches seem too vulnerable, too artificial.

And arches aren’t the only trick that sandstone has up its sleeve. Bizarre, mushroom-shaped pillars seem even more absurd, as if they were carefully placed by an incredibly patient and even more incredibly strong Zen garden enthusiast. In some places, networks of sandstone pillars even hold up ledges like a miniature Moria.

We know plenty about how this erosion takes place, and some details about why some sections of the rock erode faster than others, but the primary cause of these shapes has eluded geologists. A new study led by Jiri Bruthans of Charles University in Prague has revealed a surprisingly simple explanation.

For the last century, the concept of crystals has been a mainstay of solid-state physics. Crystals are paragons of order; crystalline materials are defined by the repeating patterns their constituent atoms and molecules make. Now physicists at the University of Pennsylvania and the University of Chicago have evidence that a new concept should undergird our understanding of most materials: the anticrystal, a theoretical solid that is completely disordered. Materials can be described as being on a spectrum from a perfectly ordered crystal to a perfectly disordered anticrystal. Their work suggests that, when trying to understand a real material’s mechanical properties, scientists would be better served in many cases by starting with the framework of the anticrystal and adding order, rather than starting with a perfect crystal and adding disorder. That is because the mechanical properties of even a slightly disordered solid can have more in common with an anticrystal than a perfect crystal. Understanding these properties is critical for modeling how materials will respond to stress, as well as for designing new materials and predicting their behavior. The study, published in Nature Physics, was conducted by Andrea Liu, a professor of physics in Penn’sSchool of Arts & Sciences; Carl Goodrich, a graduate student in her group; and Sidney

The post Consider the ‘anticrystal’ has been published on Technology Org.

Code and coffee: Innovative projects at the CERN Webfest

Posted by HightonRidley at 14:37 No comments: Zazzle Space Gifts for young and old
Posted by HightonRidley at 14:25 No comments:

»visit the iTrendy store for more designs and products like this
Click to customize.
via Zazzle Astronomy market place
Posted by HightonRidley at 13:04 No comments: »visit the themilkyway store for more designs and products like this
The Zazzle Promise: We promise 100% satisfaction. If you don't absolutely love it, we'll take it back!
Posted by HightonRidley at 12:34 No comments:

Extremely thin, semi-transparent, flexible solar cells could soon become reality. Scientists have managed to create a semiconductor structure consisting of two ultra-thin layers, which appears to be excellently suited for photovoltaic energy conversion. Several months ago, the team had already produced an ultra-thin layer of the photoactive crystal tungsten diselenide. Now, this semiconductor has successfully been combined with another layer made of molybdenum disulphide, creating a designer-material that may be used in future low-cost solar cells.

Posted by HightonRidley at 12:28 No comments:

Chemists and students in science and engineering at Oregon State University have created a new type of chemical test, or assay, that’s inexpensive, simple, and can tell whether or not one of the primary drugs being used to treat malaria is genuine – an enormous and deadly problem in the developing world. The World Health Organization has estimated that about 200,000 lives a year may be lost due to the use of counterfeit anti-malarial drugs. When commercialized, the new OSU technology may be able to help address that problem by testing drugs for efficacy at a cost of a few cents. This approach is used to prepare a paper assay that can tell whether a common drug used to treat malaria is genuine. Credit: Oregon State University When broadly implemented, this might save thousands of lives every year around the world, and similar technology could also be developed for other types of medications and diseases, experts say. Findings on the new technology were just published in Talanta, a professional journal. “There are laboratory methods to analyze medications such as this, but they often are not available or widely used in the developing world where malaria kills thousands of people every

The post New assay to spot fake malaria drugs could save thousands of lives has been published on Technology Org.

#materials
See Zazzle gifts tagged with 'science'
Posted by HightonRidley at 10:36 No comments: Watch as ESA's Rosetta spacecraft makes its historic rendezvous with a comet after a decade-long journey through space. Livestream from ESA's operations centre starts at 08:00 GMT (10:00 CEST) on 6 August


Posted by HightonRidley at 10:35 No comments: Galaxies, Stars and Nebulae series Hubble's view of the Carina Nebula shows star birth in a new level of detail. The fantasy-like landscape of the nebula is sculpted by the action of outflowing winds and scorching ultraviolet radiation from the monster stars that inhabit this inferno. In the process, these stars are shredding the surrounding material that is the last vestige of the giant cloud from which the stars were born. The immense nebula is an estimated 7,500 light-years away in the southern constellation Carina the Keel (of the old southern constellation Argo Navis, the ship of Jason and the Argonauts, from Greek mythology).
The original image is a mosaic of the Carina Nebula assembled from 48 frames taken with Hubble Space Telescope's Advanced Camera for Surveys. The Hubble images were taken in the light of ionized hydrogen. Colour information was added with data taken at the Cerro Tololo Inter-American Observatory in Chile. Red corresponds to sulfur, green to hydrogen, and blue to oxygen emission.

»visit the HightonRidley store for more designs and products like this
Click to customize.
via Zazzle Astronomy market place
Posted by HightonRidley at 03:17 No comments:

Three massive volcanic eruptions occurred on Jupiter's moon Io within a two-week period in August of last year. This led astronomers to speculate that such "outbursts," which can send material hundreds of miles above the surface, might be much more common than they thought.


Posted by HightonRidley at 00:54 No comments: »visit the themilkyway store for more designs and products like this
The Zazzle Promise: We promise 100% satisfaction. If you don't absolutely love it, we'll take it back!
Posted by HightonRidley at 00:38 No comments: