more »
A newly captured image marks an important milestone as AlSat Nano is Algeria’s first CubeSat mission. AlSat Nano stuck to a tight development schedule, with less than 18 months between payload selection and flight readiness, allowing UK industry and academia to stay ahead of the curve in the competitive global CubeSat market. 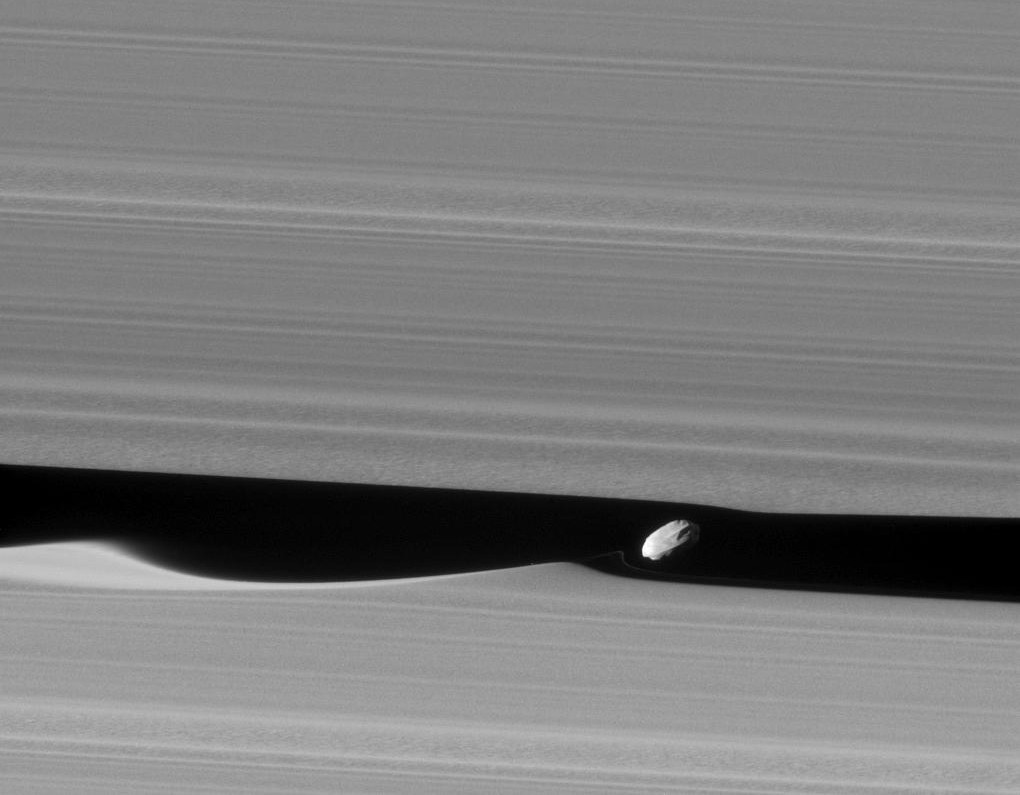 Plunging close to the outer edges of Saturn's rings, on January 16 the Cassini spacecraft captured this closest yet view of Daphnis. About 8 kilometers across and orbiting within the bright ring system's Keeler gap, the small moon is making waves. The 42-kilometer wide outer gap is foreshortened in the image by Cassini's viewing angle. Raised by the influenced of the small moon's weak gravity as it crosses the frame from left to right, the waves are formed in the ring material at the edge of the gap. A faint wave-like trace of ring material is just visible trailing close behind Daphnis. Remarkable details on Daphnis can also be seen, including a narrow ridge around its equator, likely an accumulation of particles from the ring.