Sun: Igniting a solar flare in the corona with lower-atmosphere kindling

more »
Recent images have revealed the emergence of small-scale magnetic fields in the lower reaches of the corona researchers say may be linked to the onset of a main flare.

How a young-looking lunar volcano hides its true age

more »
A young-looking volcanic caldera on the Moon has been interpreted by some as evidence of relatively recent lunar volcanic activity, but new research suggests it's not so young after all.

Two ancient sites on Mars that hosted an abundance of water in the planet’s early history have been recommended as the final candidates for the landing site of the 2020 ExoMars rover and surface science platform: Oxia Planum and Mawrth Vallis.


via ESA Space Science
http://www.esa.int/Our_Activities/Space_Science/ExoMars/Final_two_ExoMars_landing_sites_chosen
Posted by HightonRidley at 16:28 No comments:

more »
Graphene-based transistors enable a flexible neural probe with excellent signal-to-noise ratio. Such probes are useful for examining neural activity for understanding diseases, as well as in neuroprosthetics for control of artificial limbs.

How graphene could cool smartphone, computer and other electronics chips

more »
With graphene, researchers have discovered a powerful way to cool tiny chips – key components of electronic devices with billions of transistors apiece.

King of Wings Hoodoo under the Milky Way 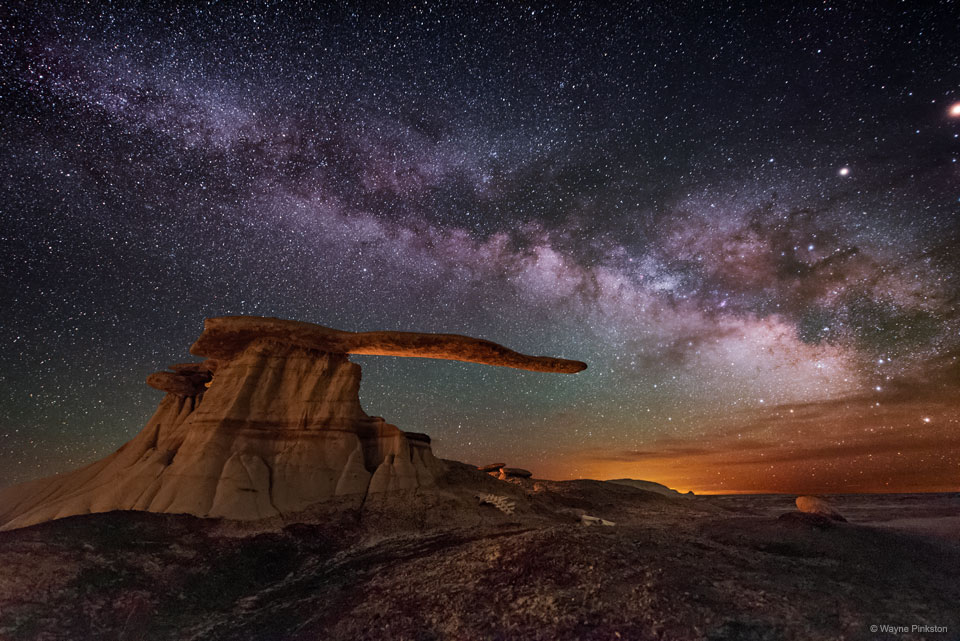 This rock structure is not only surreal -- it's real. The reason it's not more famous is that it is, perhaps, smaller than one might guess: the capstone rock overhangs only a few meters. Even so, the King of Wings outcrop, located in New Mexico, USA, is a fascinating example of an unusual type of rock structure called a hoodoo. Hoodoos may form when a layer of hard rock overlays a layer of eroding softer rock. Figuring out the details of incorporating this hoodoo into a night-sky photoshoot took over a year. Besides waiting for a suitably picturesque night behind a sky with few clouds, the foreground had to be artificially lit just right relative to the natural glow of the background. After much planning and waiting, the final shot, featured here, was taken in May 2016. Mimicking the horizontal bar, the background sky features the band of our Milky Way Galaxy stretching overhead.