more »
Astronomers have reported the first detections of diffuse hydrogen wafting about in a vast halo surrounding the Milky Way. 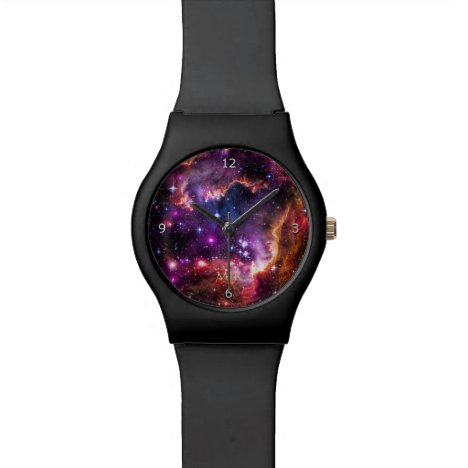 
Posted by HightonRidley at 17:28 No comments:

more »
Scientists hope to take advantage of LISA Pathfinder's record-breaking sensitivity to acceleration to map out the distribution of tiny dust particles shed by asteroids and comets far from Earth.

Posted by HightonRidley at 17:24 No comments: 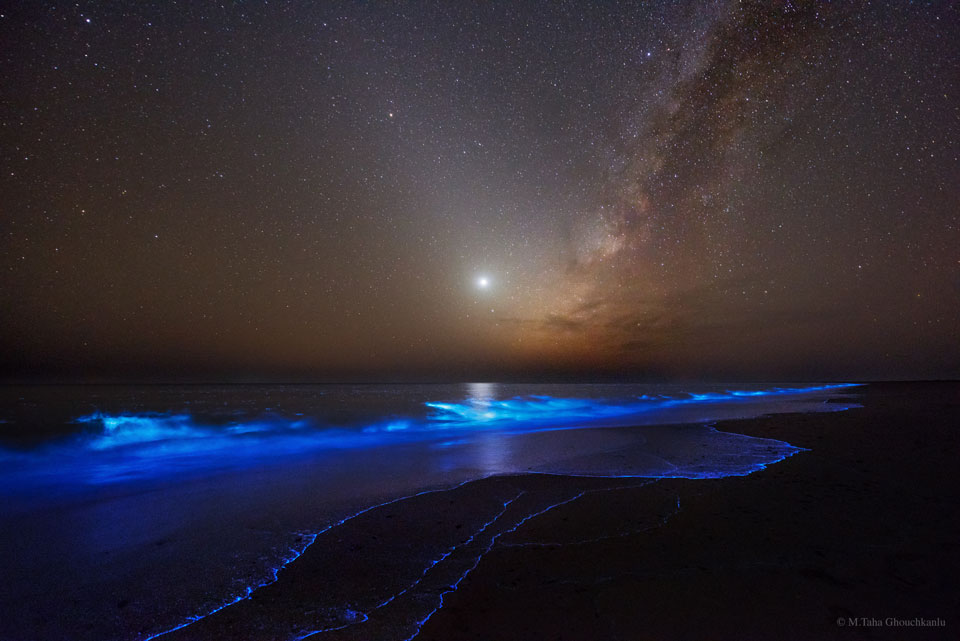 What glows in the night? This night, several unusual glows were evident -- some near, but some far. The foreground surf glimmers blue with the light of bioluminescent plankton. Next out, Earth's atmosphere dims the horizon and provides a few opaque clouds. Further out, the planet Venus glows bright near the image center. If you slightly avert your eyes, a diagonal beam of light will stand out crossing behind Venus. This band is zodiacal light, sunlight scattered by dust in our Solar System. Much further away are numerous single bright stars, most closer than 100 light years away. Furthest away, also rising diagonally and making a "V" with the zodiacal light, is the central band of our Milky Way Galaxy. Most of the billions of Milky Way stars and dark clouds are thousands of light years away. The featured image was taken last November on the Iranian coast of Gulf of Oman.

The LHCb experiment finds intriguing anomalies in the way some particles decay. If confirmed, these would be a sign of new physics phenomena not predicted by the Standard Model of particle physics. The observed signal is still of limited statistical significance, but strengthens similar indications from earlier studies. Forthcoming data and follow-up analyses will establish whether these hints are indeed cracks in the Standard Model or a statistical fluctuation.

Today, in a seminar at CERN, the LHCb collaboration presented new long-awaited results on a particular decay of B0 mesons produced in collisions at the Large Hadron Collider. The Standard Model of particle physics predicts the probability of the many possible decay modes of B0 mesons, and possible discrepancies with the data would signal new physics.

In this study, the LHCb collaboration looked at the decays of B0 mesons to an excited kaon and a pair of electrons or muons. The muon is 200 times heavier than the electron, but in the Standard Model its interactions are otherwise identical to those of the electron, a property known as lepton universality. Lepton universality predicts that, up to a small and calculable effect due to the mass difference, electron and muons should be produced with the same probability in this specific B0 decay. LHCb finds instead that the decays involving muons occur less often.

While potentially exciting, the discrepancy with the Standard Model occurs at the level of 2.2 to 2.5 sigma, which is not yet sufficient to draw a firm conclusion. However, the result is intriguing because a recent measurement by LHCb involving a related decay exhibited similar behaviour.

While of great interest, these hints are not enough to come to a conclusive statement. Although of a different nature, there have been many previous measurements supporting the symmetry between electrons and muons. More data and more observations of similar decays are needed in order to clarify whether these hints are just a statistical fluctuation or the first signs for new particles that would extend and complete the Standard Model of particles physics. The measurements discussed were obtained using the entire data sample of the first period of exploitation of the Large Hadron Collider (Run 1). If the new measurements indeed point to physics beyond the Standard Model, the larger data sample collected in Run 2 will be sufficient to confirm these effects.


via CERN: Updates for the general public
http://home.cern/about/updates/2017/04/lhcb-finds-new-hints-possible-standard-model-deviations

Posted by HightonRidley at 13:26 No comments: Science Image of the Week: The James Webb Space Telescope undergoing a special inspection in the dark
via ESA Space Science
http://www.esa.int/spaceinimages/Images/2017/04/JWST_lights_out_inspection

Posted by HightonRidley at 09:16 No comments: 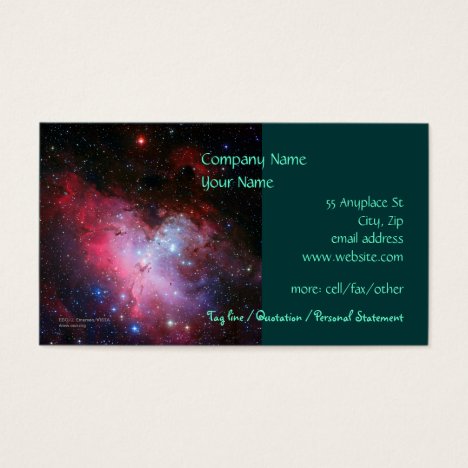 
Posted by HightonRidley at 08:48 No comments:

more »
We've all heard it: eating salty foods makes you thirstier. But what sounds like good nutritional advice turns out to be an old-wives' tale. In a study carried out during a simulated mission to Mars, an international group of scientists has found exactly the opposite to be true. 'Cosmonauts' who ate more salt retained more water, weren't as thirsty, and needed more energy.

Posted by HightonRidley at 02:09 No comments:

more »
Massive landslides, similar to those found on Earth, are occurring on the asteroid Ceres. That's according to a new study adding to the growing evidence that Ceres retains a significant amount of water ice.