more »
A minute alteration in the planet’s trajectory around the sun would have disastrous results, a scientist estimates.
via New York Times
Posted by HightonRidley at 19:34 No comments:

Moon has a water-rich interior

A Hybrid Solar Eclipse over Kenya 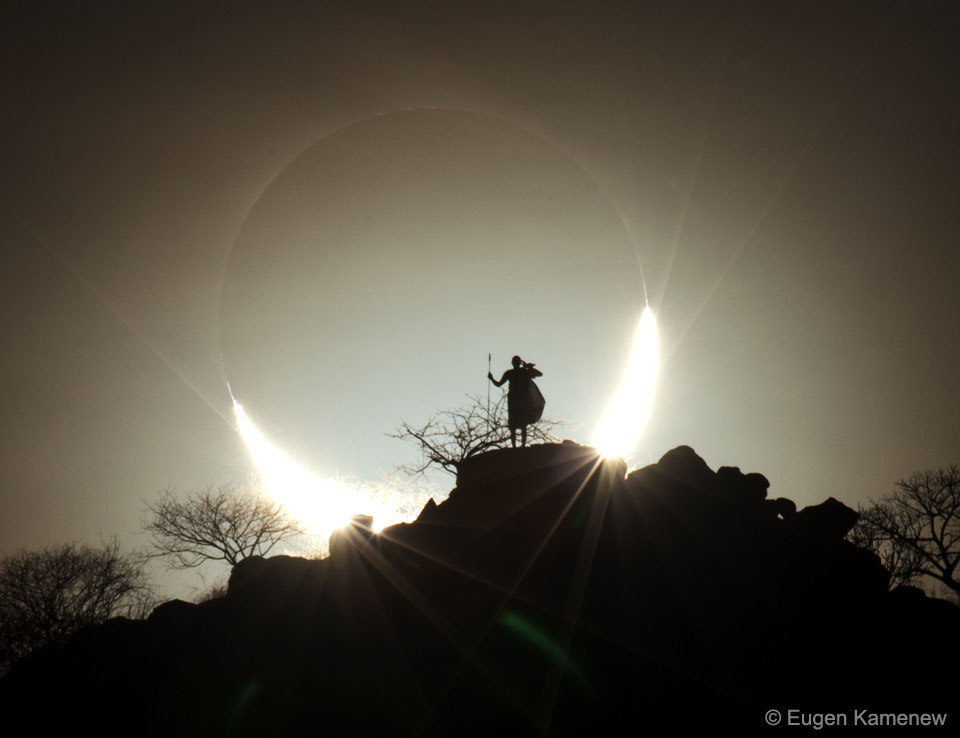 Chasing solar eclipses can cause you to go to the most interesting places and meet the most interesting people. Almost. For example, chasing this eclipse brought this astrophotographer to Kenya in 2013. His contact, a member of the Maasai people, was to pick him up at the airport, show him part of southern Kenya, and even agreed to pose in traditional warrior garb on a hill as the hopefully spectacular eclipse set far in background. Unfortunately, this contact person died unexpectedly a week before the astrophotographer's arrival, and so he never got to participate in the shoot, nor know that the resulting image went on to win an international award for astrophotography. Pictured in 2013 from Kenya, the Moon covers much of the Sun during a hybrid eclipse, a rare type of solar eclipse that appears as total from some Earth locations, but annular in others. During the annular part of the eclipse, the Moon was too far from the Earth to block the entire Sun. Next month a total solar eclipse will cross the USA.

Ubuntu* - a powerful motto for an important experiment

Posted by HightonRidley at 12:04 No comments: Posted by HightonRidley at 08:18 No comments: